submoon ice halos and other optics 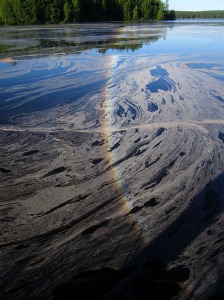 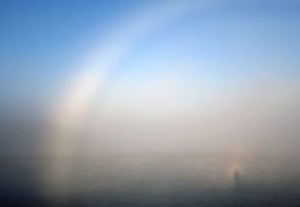 If you want the best of dewbows on water, then Chrysomyxa ledi is your man. For a week or so the yellow-brown drift of this spruce needle rust’s spores has been travelling down the river, but weather has not been right for the optics. I only got some glimpses of spore corona when sun happened to shine from a clear patch of sky. But this morning, as I woke up at around 4am and looked out, it was clear above and fog below. So out I go to a place that I had already checked as suitable. First, though, it was necessary to wait for the fog to clear up, which was just as well as the fogbow was quite nice. And when the last remains of the fog disappeared from the sun side, the dewbow became gorgeous. There was also reflected bow and faint secondary bow.

This entry was posted on August 11, 2015 by Marko Riikonen. It was filed under Uncategorized .